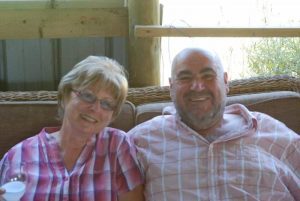 A married couple in their seventies were shot while they slept in the Western Cape, as police investigate another farm murder in the region.

An elderly couple in Bonnievale, Western Cape, have become the latest victims of a farm murder in South Africa. Both Piet and Elmien Steyn were shot dead in their beds while they slept, as the farm murderers raided the property and stole a vehicle that belonged to the pair.

The news has been confirmed by local police sources on Friday morning. The Steyns were both in their seventies, and appear to have been targeted due to their remote location – the most common motive in all cases like these.

Provincial police spokesperson Sgt Noloyiso Rwexana told TimesLive that these tragic events unfolded on the Zandfontein farm. The region is about a two-hour drive outside of Cape Town.

“A double-murder case has been opened for investigation, subsequent to an incident that left a couple in their seventies fatally wounded. According to reports, police attended to the complaint at Zandfontein farm.”

Free Insurance and MVV (Motor Vehicle Accident Insurance) Quotations and Funeral Plans Online …. Just send “Home” or “Auto” or “Life” or “Funeral” or “MVV” and your Full Name, Age and Cell Number to: [email protected], or SMS / WhatsAPP the word with your full name, age and email address to: 062 30 30 314, or just go to www.MedSure.co.za , enter the appropriate form and we’ll call you.

Farm murder statistics for South Africa
We spoke to AfriForum’s Head of Community Safety Ian Cameron on this matter. He relayed the basic details and confirmed that SAPS were able to recover the vehicle that the criminals sped-off with. The police are still processing the scene, and an investigation into the murder has already begun.

AfriForum also stated that this is the 23rd farm attack in the Western Cape in 2018, with six cases ending in murder. Last week, there was an alarming spike of farm-related crimes, with five attacks reported in a 48-hour period.

Official crime stats from SAPS confirmed that 62 people were victims of farm murders between 2017 and 2018. Despite only accounting for 0.3% of the total murder rate in South Africa, these crimes provoke an extremely strong reaction from the public, due to their typically-brutal nature and those who suggest there’s a racial element to it all.

Agri SA has previously denied that this is the case, and strongly oppose the idea that farm murders are symptomatic of “white genocide” – a term that has given the topic of rural safety a rather ugly facet.

This news release does not necessarily reflect the opinion of SA-news.