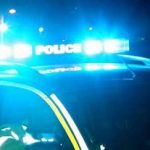 A search was launched for the suspects responsible for a spate of truck hijackings in the Delmas area of ​​Mpumalanga.

According to Brig. Police spokesman Leonard Hlathi, two trucks from the same company transported soy from Bronkhorstspruit to Standerton was hijacked on the R50 on Monday evening at about 20:30.

Hlathi says one of the trucks was apparently experiencing mechanical problems after which the driver pulled off the road. The drivers of the other truck also stopped along the way to provide assistance.

“Four armed suspects then allegedly stopped at the scene with a white Nissan delivery vehicle and overpowered the truck drivers. The drivers were tied up with their shoelaces and loaded into the trucks.

“The suspects apparently drove the trucks to an unknown location and unloaded 40 tons of soy to the value of R400,000. The truck drivers were then dropped off in a field. The two trucks were spotted in the early hours of Tuesday. ”

In another incident, a truck carrying stationery was pulled off the road on Tuesday morning on the N12 by the occupants of a white VW Polo and a black Mitsubishi, both equipped with blue lights.

“Five armed men got out of the vehicles. They were reportedly wearing police and South African Revenue Service uniforms. The drivers were kidnapped and later dropped into a field. Stationery worth R100,000 and truck worth R500,000 was stolen. ”

Lieutenant General. Provincial police commissioner Mondli Zuma indicated that the police would do everything in its power to arrest the suspects.