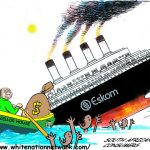 #ParasiticParastatal Eskom seems to have a strange idea about what a performance bonus is and why it actually gets paid. It secretly wants to spend R1,8 BILLION on performance bonuses for the current and following 2 years, even as we face phase 4-6 “load shedding” at the moment and it seems like daily rolling blackouts will be with us for quite some time.

According to Rapport Eskom did not disclose this fact to the public and NERSA (National Energy Regulator of South Africa) found out about this all by itself. It is not a new occurrence either as in 2017 Eskom paid out R4, 2 BILLION in bonuses, so they cannot claim ignorance. If that amount is evenly divided amongst Eskom’s 47658 employees, it amounts to R88,000 per employee!

In 2016 bonuses amounted to R2,1 BILLION. Last year Eskom did not want to give bonuses but were forced to give R10,000 each to more than 30,000 employees after they were convinced to go on strike. That amount was on top of a raise of 7, 5% for the next 3 years, on top of already bloated salaries.

Eskom last year had a loss of R20 billion and a similar loss is expected this year. All this is revealed in a court case between NERSA and Eskom. Eskom is fighting a decision of Nersa in court in which Nersa wants to deduct the latest R69 BILLION in bailouts received from the government, from money Eskom wants to obtain from the public in tariff rises. If Eskom wins in court, Eskom will increase tariffs by 16% for the 2020 financial year and again in 2021 instead of the 8.1% for 2020 and 5.22% for 2021 approved by Nersa.

Eskom is currently challenging 5 tariff decisions by NERSA in 3 court cases (court cases are also expensive and the cost will be added to the consumer’s account). 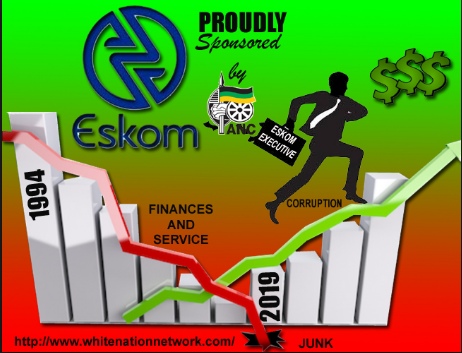